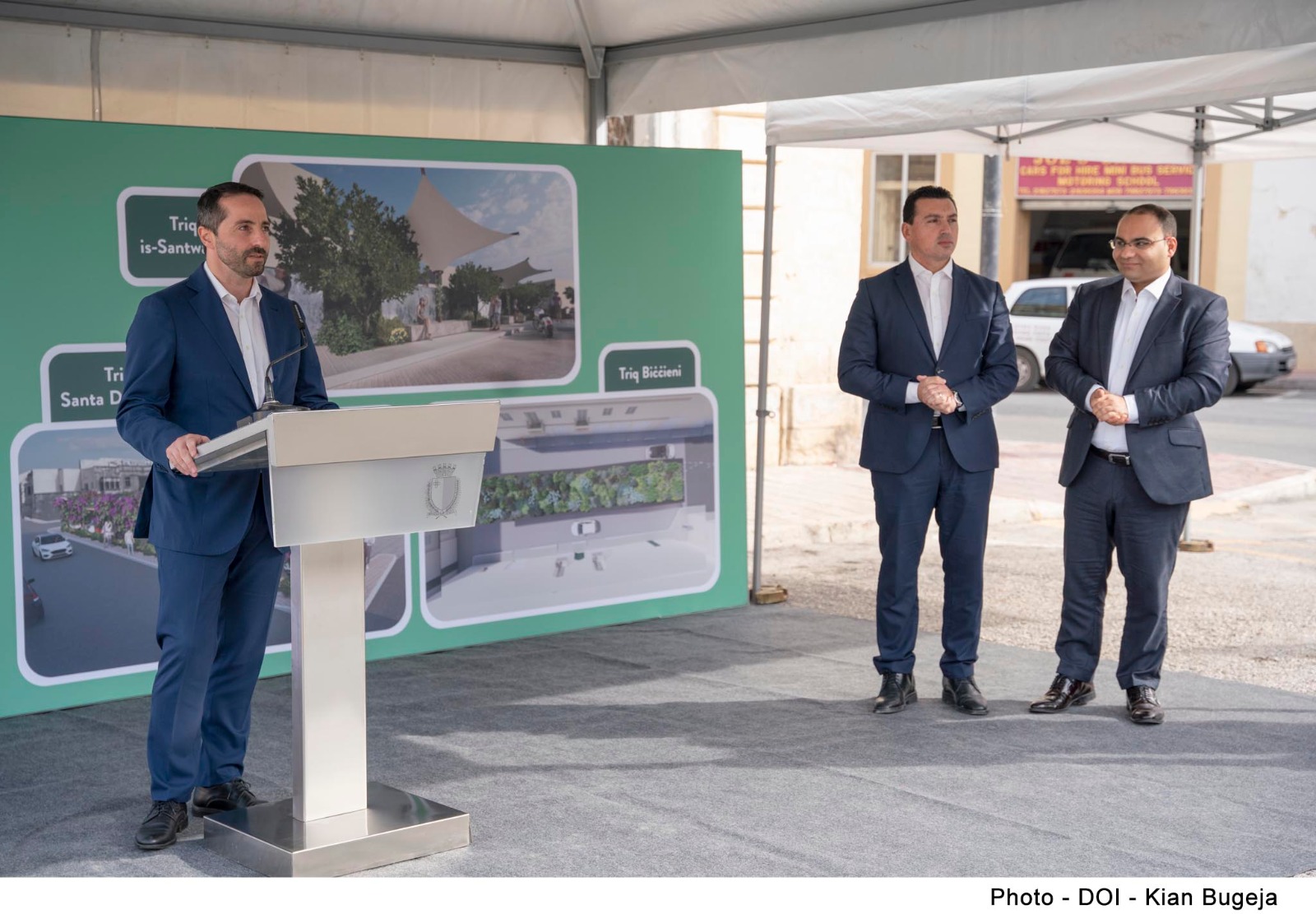 This was announced by Minister for the Environment, Climate Change and Planning Aaron Farrugia, Minister for Finance and Employment Clyde Caruana, and Parliamentary Secretary for Citizenship and Communities Alex Muscat.

The project planned for Triq is-Santwarju will consist of water walls, vertical landscaping, planters and trees. The projects planned for Triq Biċċieni and Triq Santa Duminka will transform these parking spaces with the introduction of green roofing.

These projects will allow for these spaces to still be used as parking areas while also allowing other uses including during feast celebrations; this in addition to encouraging outdoor activity by providing recreational space for residents. These projects will also include the use of special paving for parking bays that allows vegetation growth.

Minister Aaron Farrugia said that this is another project from a series of projects by GreenServ with the purpose of greening grey spaces within our localities in order to improve the quality of life of residents. These projects, which include others in Ħamrun, Mosta and Qormi, will bring several benefits, including a reduction in greenhouse gas emissions, reducing the urban heat island effect, and reduction of air and noise pollution. Therefore, these projects will have a positive impact on both the health and well-being of the residents as well as improving air quality.

Minister for Finance and Employment Clyde Caruana said that this project, like many others, shows the government’s commitment to continue enhancing the south of our country. The villages in the south of our island contribute a lot economically, and the government will continue to give utmost importance to both the environment and the social aspect. Minister Caruana said that this project complements other projects within this area, including a €12 million infrastructural project in the residential streets of Żabbar and the afforestation of the Inwadar Park that was announced in this year’s Budget with an investment of around €20 million.

Parliamentary Secretary Alex Muscat said this is another NSDF-funded project. He explained that the urban greening project announced today in Żabbar is not an isolated one, but part of other urban greening projects in Mosta, Ħamrun, and Ħal-Qormi, with a total value of € 4.5 million. “The NDSF exists to improve society through funding it receives from residency programs that can lead to citizenship,” the Parliamentary Secretary explained. He concluded by emphasising his commitment in continuing to invest in the community.​