2,500 Trees, Shrubs and Plants as Part of Ħamrun Greening Project 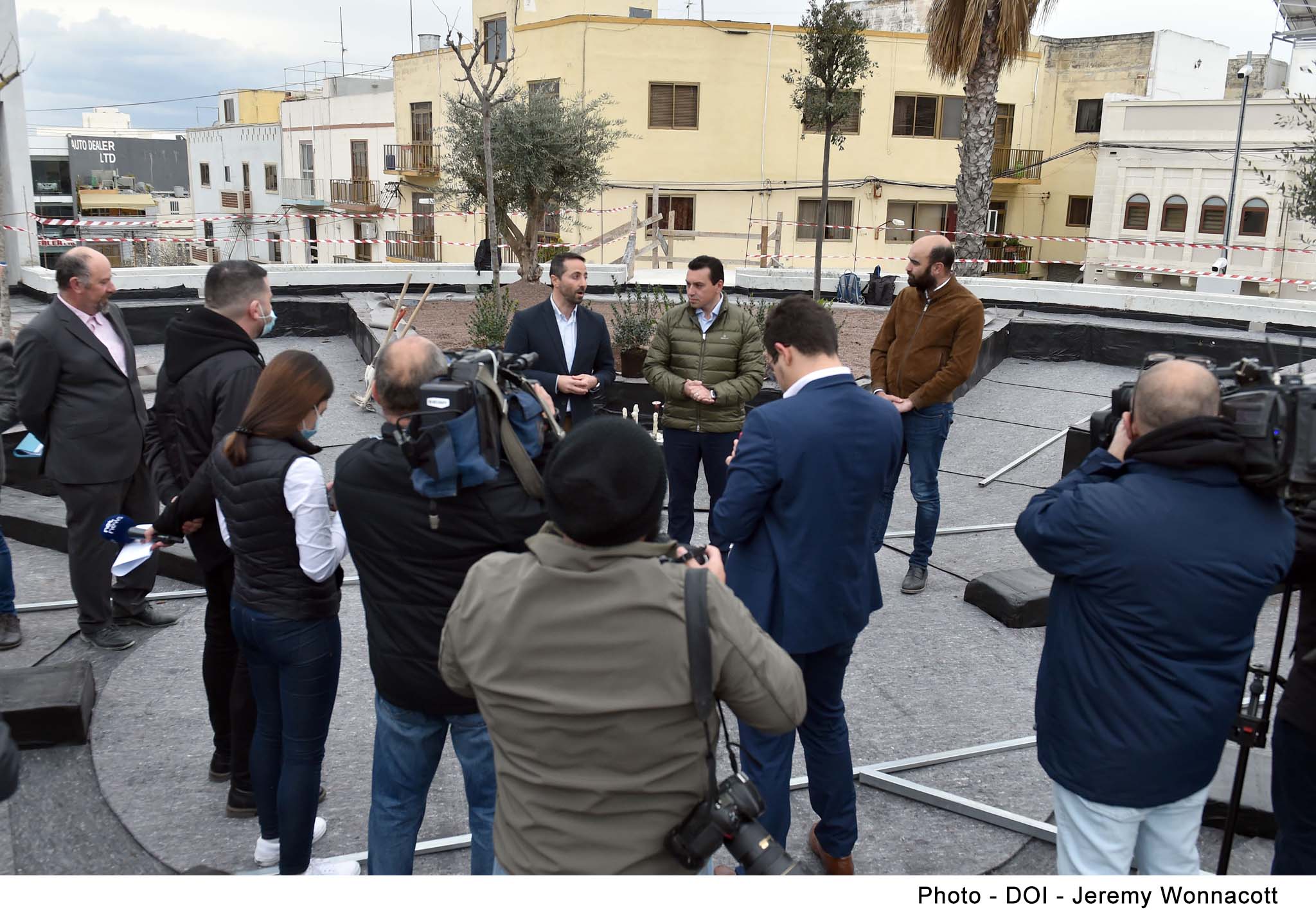 Press Release by the Ministry for the Environment, Climate Change and Planning and the Parliamentary Secretariat for Citizenship and Communities

Minister for the Environment, Climate Change and Planning Aaron Farrugia together with Parliamentary Secretary for Citizenship and Communities Alex Muscat visited the ongoing works at Misraħ is-Sebgħa ta’ Ġunju 1919 in Ħamrun.

Here they had the opportunity to plant shrubs that will be part of the roof garden of around 500m2. This garden, together with the vertical garden and the garden at ground floor level, will have more than 2,500 trees, shrubs and plants. In fact, mature carob, olive and oak trees, among other trees, will now adorn this square in Ħamrun. These will be absorbing around 900 kilograms of carbon dioxide from the atmosphere while producing 660 kilograms of oxygen, which is equivalent to 67 trees.

Currently, around 700 trees, shrubs and plants are being planted on the roof garden.

Minister Farrugia said that this square, which has so far been used only as a parking space, will be embellished with a roof garden, a vertical garden, and a lift to make it accessible to everyone. All this will be done while maintaining the same number of parking spaces.

Minister Farrugia said that the investment for this project will amount to around €1.5 million and will offer an open green space that will continue to improve the quality of life of the residents living in this urban area. This project is expected to be completed in the coming months. Minister Farrugia said that he is looking forward to more projects of this kind so that every locality in Malta and Gozo has its own open green space.

Parliamentary Secretary for Citizenship and Communities Alex Muscat said that this project is part of a series of similar greening projects that are being carried out in Mosta, Birkirkara, Qormi, and Żabbar. He added that such projects are financially possible thanks to the Government’s work in attracting foreign direct investment. The Parliamentary Secretary said that although the need for these projects was clear, a considerable amount of funding was needed in order for them to become reality. “Through foreign direct investment, these localities will now have a green lung, with no burden on the taxpayer,” concluded Alex Muscat.

This is one of several urban greening projects implemented by GreenServ that are at an advanced stage, while preparations are underway for the roofing over part of Santa Venera tunnels as well as the major project of St. Anne’s Street in Floriana.

This project is funded by the National Development and Social Fund.