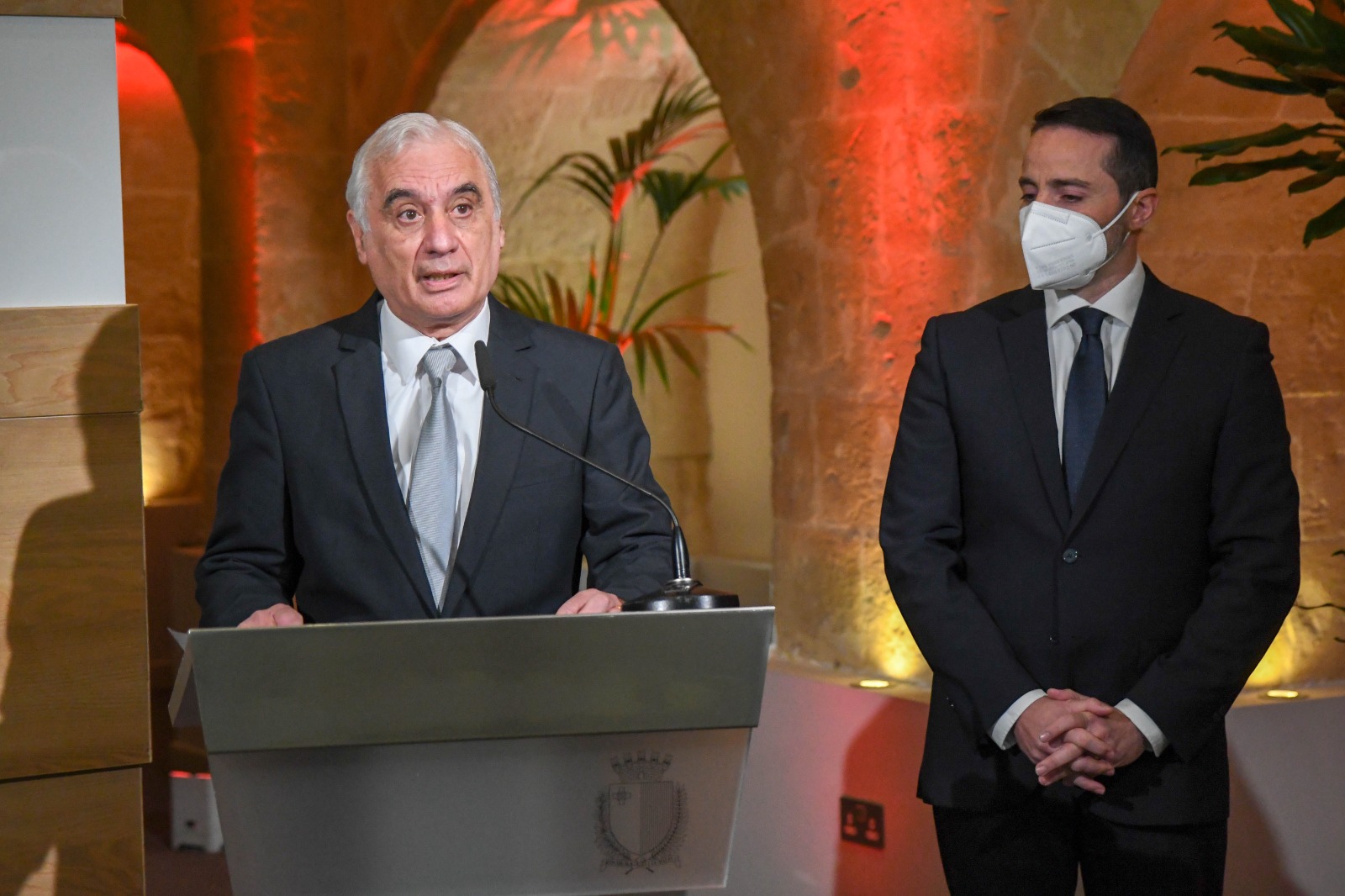 Press Release by the Parliamentary Secretariat for Citizenship and Communities

Aġenzija Komunità Malta was established in 2020 to see that the functions pertaining to the granting of citizenship by means of economic investment and the implementation of all the other provisions of the Maltese Citizenship Act are undertaken by one entity. Addressing a press conference that marked its one-year anniversary, Parliamentary Secretary for Citizenship and Communities Alex Muscat, together with Aġenzija Komunità Malta’s CEO Joe Mizzi, highlighted the Agency’s main achievements since its inception.

Ever since the grant of citizenship by investment was established, the initiative generated the amount of €1,130,825,000 in gross contributions made by the applicants to the government of Malta, of which €616,427,599 were transferred to the NDSF, and €388,529,774 were transferred to the Consolidated Fund. A total amount of over €1.8 million were donated by successful applicants of the IIP programme to local NGOs till the end of the year 2021. These NGOs vary, and include; the Archdiocese of Malta, religious entities, entities working to safeguard animals, band clubs, cultural endeavours, environmental causes, various local councils, initiatives related to music, sport clubs, the President’s Foundation for the Wellbeing of Society, departments pertaining to the University of Malta, and entities working towards equality and women’s rights.

The Agency shall continue to strive so that the initiative will continue to generate further revenue for the economic and social wellbeing of Malta. Furthermore, Aġenzija Komunità Malta financially supported a number of projects related to social or philanthropic objectives that are considered of national importance. The amounts are disbursed from the profits made by Aġenzija Komunità Malta, as provided for in the relative legislation establishing the Agency which came into force in November 2020. Such projects are found in the table below.

Aġenzija Komunità Malta’s first year was marked by a number of challenges and opportunities. Following the Amendments to the Maltese Citizenship Act, the Agency continued to address the social imbalance whereby children born out of wedlock to a Maltese father did not acquire Maltese citizenship automatically at birth, as in the case of a child born in similar circumstances to a Maltese mother. The relative act ensured also that, notwithstanding that citizenship may be granted as of right by means of registration, such a grant is made conditional to public interest considerations.

Later on, since the Agency’s inception, the legislation concerning the Individual Investor Programme was replaced by the Granting of Citizenship for Exceptional Services Regulations, to ensure that greater balance is achieved between the grant of such an important right such as citizenship and the conditions related to investment and residence that regulate the relative process.

During 2021, the Citizenship Unit finalised the processing of 1,563 applications for registration as citizens of Malta. Such applications concern persons who have the right to acquire Maltese citizenship based on descent, thus enjoying the right of free movement in the European Union. The top nationalities of persons who acquired citizenship by registration were British, Australian, US, Canadian and French. The Agency continued to receive an increase in the number of applications by British nationals of Maltese descent or spouses of citizens of Malta in view of Brexit. During the last three years, British nationals topped the list of the number of applicants for registration as citizens of Malta, which account to 20 – 35% of such applications. The unit also processes applications for naturalisation. Such applications are submitted mainly by migrants. The grant is discretionary and, during the last year, 785 naturalisation requests were approved.

Komunità Malta’s CEO Joe Mizzi thanked the Agency’s workers for responding diligently and efficiently to all circumstances, including a global pandemic. He described this year as one that presents its own unique challenges and opportunities, particularly referring to the current correspondence between Malta and the European Commission on Malta’s avenue for the grant of citizenship following residency and investment obligations.

Parliamentary Secretary Alex Muscat commended Komunità Malta’s workers for their hard work during the past year and emphasised the importance of Malta’s residency and investment initiatives that may lead to citizenship. “The amount of revenue generated into the Maltese economy, and the considerable number of institutions that were assisted financially speaks for itself. Such entities would not be able to realise their dreams, were it not for the financial injections that have turned concepts into reality,” said the Parliamentary Secretary.